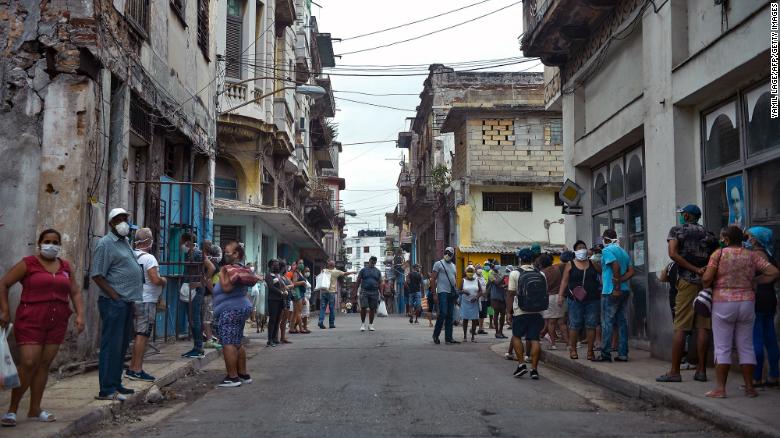 Havana (CNN)Cuba took a long-awaited and likely irreversible step towards massively expanding the island’s private sector over the weekend.On Saturday, Cuba’s communist-run government announced that Cubans will soon be able to seek employment or start businesses in most fields of work.Previously, Cubans were restricted to working in just 127 officially approved private sector job descriptions. Some of those legalized activities over the years included working as a barber, tire repairer, palm tree trimmer or “dandy,” as the government referred to Cubans who dressed up to pose with tourists for photos.

But many Cubans chafed that the government’s list did not include opportunities created by recently increased access to the internet and Cubans’ own seemingly limitless ability to innovate and invent. Now they will have the ability to work in over 2,000 different fields.”The new measures for self-employment approved by the Council of Ministers will expand significantly the activities one can carry out. A new and important step to develop this kind of work,” tweeted Cuban official Marino Murrillo Jorge, “the reforms czar,” who has been overseeing its glacially-paced attempt to modernize the local economy.Self-employment and capitalism were all but forbidden in Cuba until its near-total economic collapse, brought about by the fall of Soviet Union, then the island’s largest trading party.

Gradually, and with regular backtracking, the Cuban government allowed Cubans to stop working low-paid state jobs and go into business for themselves. By the government’s own statistics, more than 600,000 Cubans now work in the private sector, although the number is likely far higher when accounting for the island’s thriving black market.Still, Cuban government officials often have treated the island’s entrepreneurs as a necessary evil and a possible Trojan Horse that could allow opponents in the United States to at long last bring down the revolution. And while the official line from Cuban officials is that they have been implementing free market reforms “without hurry but without stopping,” the opening had stalled out as the government seemed to doubt the wisdom of further empowering Cuban entrepreneurs.But with the widespread impacts of the pandemic and as Raul Castro, 89, is expected to step down in April as head of the Cuban communist party, the organization that charts the island’s long-term economic planning, Cuba in 2021 has finally embarked on two major reforms: Unifying its labyrinthine dual-currency system and now lifting restrictions on jobs.

Capitalism and the Fabrication of Food Insecurity