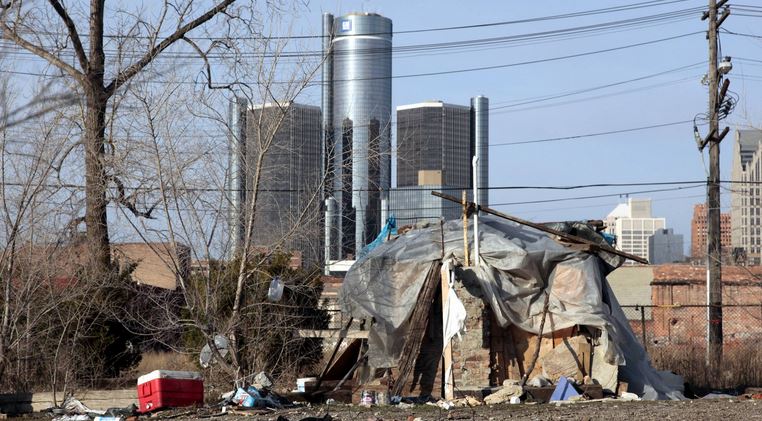 U.S. President-elect Joe Biden can learn a lot from Japan.

I say this not because Japan-style capitalism does not have its share of problems, but because the overall result generated by the Japanese economic system is extremely positive. Japan is the global best-in-class for balancing both income growth and income distribution. The result is not just extraordinary socioeconomic stability, but also strong resilience against the temptations of divisive populism — a la Donald Trump.

Creating and sustaining a stable society is one of the fundamental goals of economic policymaking. For this, an economy must both grow and distribute the spoils of wealth creation in a fair and equitable way. So what’s the score? How wealthy are the people and how is that wealth distributed? At the end of last year, the median net financial wealth — all financial assets minus liabilities — for households in Japan stood at $104,000. In the United States, it was $62,000.

Clear-speak: The average Japanese is actually about 40% richer than the average American.

So Japan clearly beats America on the absolute amount of wealth owned by the average household. But what about the distribution? At the bottom end in Japan, approximately 5.5% own less than $10,000 worth of net financial assets. In America, that’s true for 28.4%. There is no denying that Japan does have an underbelly of poor people, but compared to America, relatively few are truly left behind financially.

If at all, it should be a national embarrassment that almost 1 in 3 Americans does not have $10,000 to their name, particularly since the U.S. stock market keeps surging to new historic highs.

In contrast, America does way better than Japan at the top end of the wealth pyramid: 7.1% of Americans own more than $1 million of net financial assets. In Japan, that’s true for only 2.7%. So in percentage terms, America has more than two times more very wealthy people than Japan, but it also has more than five times more poor people.

From an economist’s perspective, America has become disunited and a sociopolitical power keg precisely because of that heavy skew towards the poor and financially left-behind.

Make no mistake — for Joe Biden and his team of policymakers, the real challenge will be how to counter U.S. economic inequality, i.e., how can America become more like Japan?

Here it is important to recall something former British Prime Minister Margaret Thatcher said: Making the rich poorer does not make the poor richer.

Personally, I think this is an excellent guiding principle for any policymaker. The goal must be to create opportunity for success, not to constrain it. Importantly, Japan very much lives up to Thatcher’s principle. How so?

So much for the myth that Japan has been stagnating. True, exports go up and down, and corporate America did very much outperform corporate Japan, but household median incomes grew by basically the same amount in dollar terms.