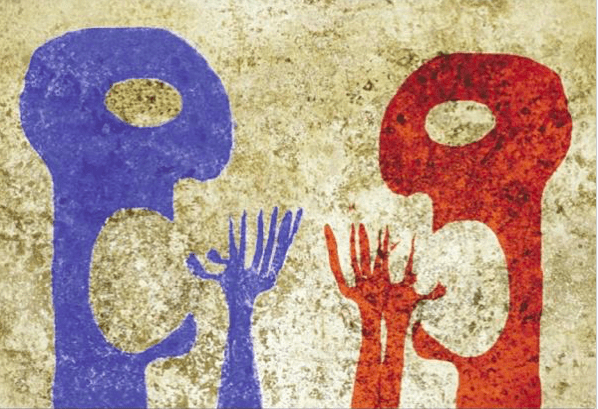 There has always existed a tension between progressive (leftist/socialist) and conservative (rightist/capitalist) political thinking types.

Rightists are typically more in favour of pro-business policies while leftists are traditionally more concerned about the distribution of the wealth. Concerning civil liberties and rights, conservatives are nowadays closer to religious beliefs, while progressives are more in favour of individual freedoms.

The state of polarisation of the political debate today in some democracies  —  the only system in which there can be political debates  —  is heightened by the fact social media’s business model thrives on sensationalism. Thus making voices in the extremes sound louder. However, we must not forget that good policymaking, is the result of striking the right balance between pro business and wealth redistribution policies. Too much of one of the two and the system fails or is inefficient.

Examples of governments with comparatively good policy making track records are not rare. The most obvious one, although we seldom think about it in these terms is China. China’s state capitalism might not the most respectful of freedom of speech or human rights, but its policy making is extremely successful. Its mix of capitalist and socialist ideas has achieved steady and strong economic growth offering its citizens hope of a better future while eradicating poverty faster than any nation at any other point in history.

A key element in its success is the way the Chinese inserted themselves into the global market (capitalist) on their own terms, gradually, and making use of  very protectionist conditions (socialist). There are several examples of very well balanced mixes in democracies too: Germany, Scandinavia, Japan, Korea, New Zealand, Canada. Not by coincidence all of these countries are fairing better amid the pandemic.

Unfortunately, plenty of governments do not manage to reach a good equilibrium. The US is a clear case of the balance tilting too much to the right. The most powerful and rich country in the world has a per capita GDP (PPP) of $65,000 but 60% of its population does not have $1000 on the side to pay for an emergency expense.

Trumpism is the result of a segment of the population living in despair. Its racist facet and gullibility to conspiracy theories make progressives (like myself) scorn and ridicule it. But that doesn’t remove the fact there is real suffering behind it. Many of Trumpland’s communities have been completely left behind, some even hooked on opioids with the government’s consent. Trumpism is the consequence of decades of a bad policy mix.

France, on the other hand, provides significantly better public services to its population (one in every 100 Americans is extremely poor compared to one in every 1000 French). But it currently suffers from the opposite, the balance tilting too much to the left.

Its considerable tax burden on companies, especially on social contributions, leads to a high unemployment rate. This is offset increasing social spending, which once again requires a raise in taxes. High unemployment in France hits stronger its immigrant communities and partly explains the surge in islamic radicalisation. Compared to Germany, France has a bloated and inefficient state that spends more in health and education but performs worse.

The developing world is a basketfull of bad mixes. Venezuela is the most exemplary case in recent history of how an economy can be destroyed by the excess of socialist policies. While its neighbour Colombia, where no left leaning presidential candidate has ever reached power (several were assassinated), continues to be one of the the most unequal countries in the world. A recent report by the OECD states it takes 11 generations for a Colombian family to escape from poverty.