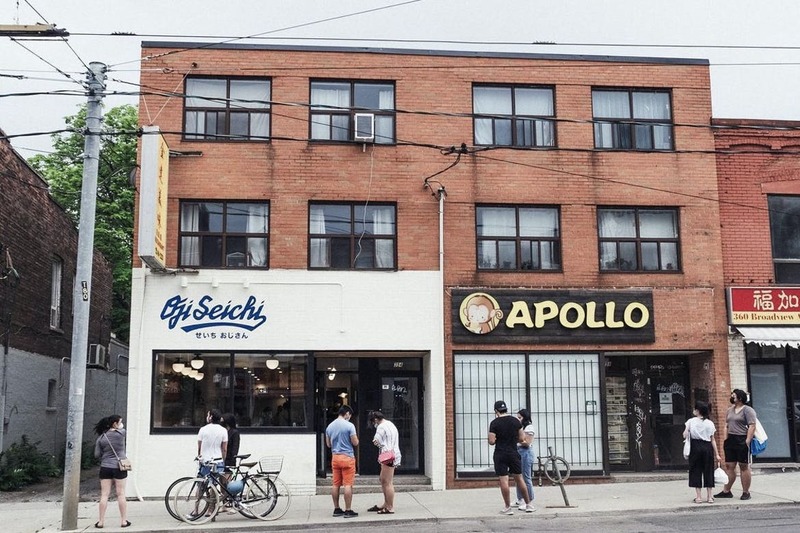 After months of renovations, Oji Seichi has finally opened their doors to the public in East Chinatown.

The ramen shop gets its inspiration from the family’s Japanese Canadian roots and the meals they grew up eating. These traditions are kept alive by chef Mitch Bates, who became part of the family in 2012.

With his experience working at Michelin-starred restaurant Momofuku Ko in New York, Toronto’s shuttered Momofuku Shōtō and Kensington Market’s Grey Gardens, Bates is able to create a bowl of ramen that reflects the family’s recipes and traditions.

It all starts with a homemade broth that consists of Canadian poultry, seafood and vegetables simmered for several hours before fresh noodles are added to the bowl. The noodles are prepared daily using a ramen noodle-making machine straight from Japan, which they’ve named Midori. Lastly, the bowls of ramen are topped with ingredients like an egg, bamboo shoots and nori.

Other offerings include Japanese sandwiches and pork gyoza as a snack.

Why some vaccinated people are dying of COVID-19