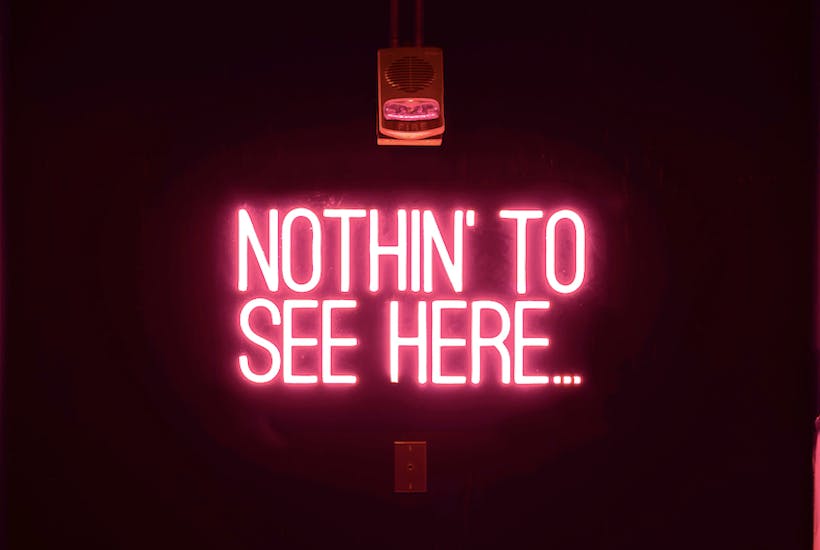 Humanity is only ever one blackout away from the caves. The more advanced and complicated a civilisation, the easier it is to destroy. Far from heeding this long-acknowledged fact, modern nations have decided to hinge their essential services on the deceptively fragile digital world.

In other words, we gave ourselves an ‘off’ switch.

There is a significant difference between storing data on a local physical drive and trusting the elusive ‘cloud’. As Millennials learn the first time they wander out of reception, the music they stream to their phone is only available while they remain connected to the digital hive. So it is with governments and corporations, who long ago ditched the expense of personal servers in favour of rented cloud space, leaving their data at the mercy of (usually foreign) third parties.

We are starting to feel the flickers of failure.

Blackouts. Service disruption. Data breaches. These are the ripples of instability that signify a grander problem with the system. This is not a case of locating the problematic stone dropped into the pond, but rather understanding that the digital fabric which underpins our lives is being disrupted by different people for different reasons.

Those who exploit the digital environment for profit are not a threat to the ecosystem. They are predators who have no interest in destroying their hunting grounds. We have lived with them from the earliest days of the internet where rogue hackers compete against the market in a digital arms race.

The ones we need to watch are those who manufacture an environment of fear. They sell us the lie that digital authoritarianism equals safety in order to shift global ethics away from individual liberty and into the arms of collective governance. They insist that technology is the path to security, forcing the digitisation of our lives. While social media companies stalk us for profit, we are entering an age where the government tracks us for ‘safety’.

This is something we have seen before.

‘Apocalypse politics’ is the favourite tool of the World Economic Forum. Nothing reveals the historical illiteracy of our modern leaders quite like their gullibility regarding this matter. Fear mongering is the oldest trick in the book when it comes to coercing civilisations into stupid decisions, and Western leaders have been sucked into the sandwich-board preaching of billionaires and mad-men.

Democracies are notoriously difficult to control. Their frequent election cycles mean that the promises of one political leader are meaningless in the context of long term projects. Like the endless treaties signed and destroyed between the kings of England and France, global bureaucracies run by rusted old socialists have thus far been thwarted by the instability of Western government.

However, even democracies are required to have a dangerous piece of fine print known as the ‘war economy’. It is a heightened state of survival where the norms of democracy are set aside to deal with the imminent threat of existential destruction. Previously free citizens submit to virtual enslavement and the whims of the state become unquestioned law for the duration of the war effort on the understanding that this sacrifice is a temporary measure. The longer it endures, the more damage is done.

The purpose of climate change, Covid, and the newly hyped ‘digital pandemic’ is to artificially induce a permanent war economy within democratic nations onto which global treaties can be grafted. It is no accident that domestic leaders talk about Covid and climate change as a ‘war’ that we must fight ‘together’. This is a crucial piece of legal language used to override democratic rights. If this carries on, international standards cooked up between bureaucracies and corporations will eventually replace legislation. That is what is meant by phrases like, ‘Build Back Better’, ‘The Great Reset’, ‘changing mindsets’, ‘redefining capitalism’, ‘The Fourth Industrial Revolution’, ‘we’re all in this together’, and ‘sustainable future’. It is the maintenance of fear to justify the antiquated socialist dream of a global bureaucracy.

Klaus Schwab has never met an apocalypse he didn’t like. Upon first glance, the founder of the World Economic Forum appears to be one white cat away from a standard-issue Bond villain. His hefty German accent, penchant for cult-like ceremonial robes, and endless ‘world domination’ podium ramblings are comical to the point that the press wrongly dismissed his ambitions for our global collective future as a conspiracy theory.

The World Economic Forum has used this media disinterest to its advantage, growing its vast network of followers out of sight to the point where its influence not only interferes with domestic politics -– it writes global geopolitics. This status was achieved via the consolidation of the world’s biggest corporations, bureaucracies, individuals, and politicians into a cult of narcissism who love the idea that their ideological collusion erases the pesky free will of the peasant masses.

‘Lack of cybersecurity has become a clear & immediate danger to our society’: Klaus Schwab, Cyber Polygon 2021

A Private-Public Partnership That Created A Pandemic: Part 2