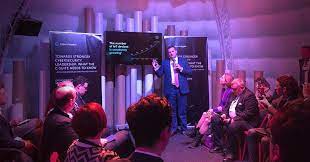 DRILLS AS COVERS FOR REAL OPERATIONS: A CYBER-DEMIC?