(NC) Industrial workers are speaking up about the contamination in their laundered shop towels. This health risk is unnecessary, they say, especially since there are cleaner, safer alternatives.

The results of a recent survey of manufacturing workers show that nearly four in five workers want to ban laundered shop towels from the workplace if, after the laundering process are not 100 percent free of hazardous materials, such as lead and cadmium.

Harris Interactive conducted this online survey for Kimberly-Clark Professional. It targeted production floor employees in the United States who use shop towels every day in industries like automotive, aviation, printing, food and beverage processing, as well as metals and equipment manufacturing. If you are unfamiliar with this serious hazard, here’s the problem:

Shop towels are used in manufacturing to wipe machines, parts and equipment, and then washed by industrial launderers for re-use. The towels are delivered by launderers, used throughout the day, and then collected, washed and sent out again for delivery to other companies. However, the laundering process may not remove all contaminants like metal residue, grease and oil. Laundered shop towels can become a health risk to workers when metal residues transfer from the towels and are potentially ingested when workers touch or wipe their faces.

There is a concern for workers because long-term exposure to heavy metals has been associated with cancer, reproductive issues, kidney disease, lung and skin disease, and nervous system damage. A recent study of laundered shop towels conducted by Gradient, an environmental and risk science consulting firm, found 100 percent of the towels tested contained heavy metal residue.

The Harris Interactive survey found that 44 percent of workers are not aware of the danger of laundered shop towels. More than one of every three admitted to bringing the towels home and 18 percent used them for personal hygiene and first aid.

“This survey demonstrates an urgent need to educate manufacturing workers about the safety issues related to use of laundered shop towels,” says Tim Reader, a research scientist at Kimberly-Clark Professional.

What Workers Can Do

The survey found that if workers knew the risks, many would:

• Ask for a safer alternative. Nearly four in five workers said shop towels should be banned if they are not free of hazardous materials after laundering.

• Take greater safety precautions. Sixty-nine percent of workers do not clean their hands after every shop towel use.

• Raise the issue with a safety manager, employer or union. Seventy-one percent of workers say it’s the duty of employers to keep them informed.

What Your Company Can Do

Safer towel alternatives do exist, Reader says, pointing to a product line called WypAll Wipers that are already the solution on many shop floors.

For additional information on this issue, go to www.TheDirtOnShopTowels.com. If you prefer an immediate discussion call (888) 346-4652, or follow @KCProf_NA on Twitter.

Canadians are in love with direct deposit

Major housing markets to shine this year and next: Reuters poll 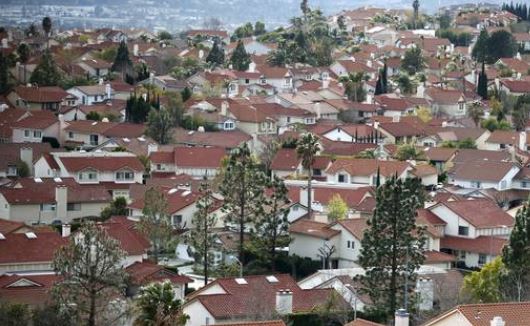 BENGALURU (Reuters) – The outlook for major global housing markets is brighter than previously thought due to expectations for a broad based economic recovery and easy monetary policy, with only a low risk that a COVID-19 resurgence will derail activity, Reuters polls showed.

Over 100 million people have been infected by the coronavirus, leading to a healthcare crisis and deep economic recessions, but fiscal and monetary stimulus, and the rollout of vaccines, mean the global economy is set to recover this year.[ECILT/WRAP]

While already high unemployment caused by the pandemic is expected to rise further, the Jan. 15-Feb. 1 poll of over 130 property market analysts showed average home prices would rise this year and next in most countries polled.

That compares to largely pessimistic predictions made in September.

“We expect some gradual moderation in price growth over the course of 2021 as home sales cool, but sparse inventory will keep a solid floor under home prices.”

Three-quarters, or 77 of 102 analysts, said in response to an additional question that the risk of a COVID-19 resurgence derailing housing markets this year was low.

Although the U.S. economy on average contracted last year at its sharpest pace since the Second World War due to the pandemic, it had little bearing on housing market activity, an immunity the sector was expected to carry this year.

Despite the recent surge in coronavirus infections and renewed restrictions imposed in the United States, house prices there were forecast to rise over the next two years and activity was expected to continue on a strong course. [US/HOMES]

“The recent COVID-19 surge has not had any noticeable impact, with transactions near record high levels despite record high case growth,” said Brett Ryan, senior U.S. economist at Deutsche Bank.

“Pent-up activity from COVID-19-shutdowns earlier in the year will soon start to wane and transactions will likely normalize. More housing supply will come online as vaccination picks up at the same time that base effects will start to roll off.”

When asked about the primary driver of housing market activity this year, over 55% of respondents, or 57 of 101, chose an economic recovery and easy monetary policy.

Of the remainder, 20 analysts named a desire for more living space and 18 said a successful vaccine rollout, while six chose fiscal stimulus.

Australian and Canadian house prices were expected to rise significantly this year and next, helped by low mortgage rates and massive fiscal spending. [AU/HOMES][CA/HOMES]

When asked what was more likely for housing market activity, 58 of 100 respondents said an acceleration. The others expected a slowdown.

Those views were swayed by a somewhat modest outlook for the British, Dubai and Indian housing markets compared to the rest.

British house prices were forecast to flatline this year.[GB/HOMES]

“While we expect a strong start to the year, we expect momentum to wane following the end of the stamp duty (property sales tax) holiday in April. Towards the end of the year the housing market should settle,” said Aneisha Beveridge at estate agents Hamptons International. 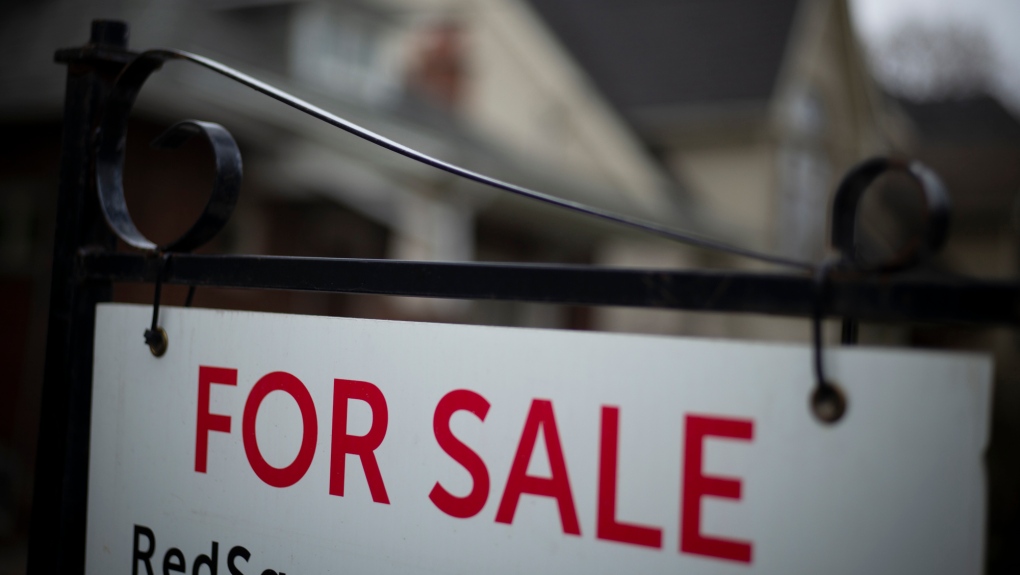 WINDSOR, ONT. — While the price of housing has been on the rise, Windsor and London are still considered the most affordable markets in Ontario.

“In all three cities, incomes have been increasing at a faster pace than home prices in the last decade,” the study says.

With the exception of Oshawa, Ont., Point2 says incomes in all of the 10 most affordable cities have increased fast home prices.

However, according to Point2’s latest study, increased income is “no match” for the surging home prices in the 50 most populous cities. The disparity between home prices and slower moving incomes means more cities are becoming unaffordable.

A market is considered unaffordable when homeowners are spending more than 30 per cent of their income to cover mortgage.

The study says 2020 caused disruptions due to the pandemic, but those challenges are “just the most recent events undermining” homeownership affordability in Canada.

“In the last 10 years, the share of income needed to afford housing has gone up exponentially, with monthly mortgage payments becoming a financial burden for increasing numbers of homeowners across the nation,” the study says.

Over the last 10 years, mortgage affordability has worsened in 38 of the country’s 50 largest real estate markets, and the number of unaffordable markets has jumped from six to 16.

Even with the highest apartment vacancy rate since 2012, rent in London, Ont. keeps rising 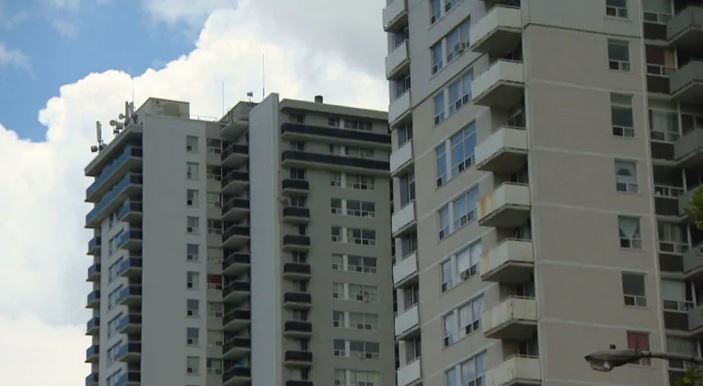 Even with hundreds of new apartments on the market last year, the average monthly rent in London, Ont., rose by seven per cent in 2020 to an all-time high of $1,119 a month.

The new data was published in the Canada Mortgage and Housing Corporation’s (CMHC) rental market survey, which is a yearly snapshot of the apartment rental market across Canada, which reported London, Ont., saw its lowest vacancy rate in nearly a decade.

The CMHC survey data from October 2020 suggests the overall vacancy rate in the London region was 3.4 per cent, which is a 1.6 per cent increase in the vacancy rate from the same period last year.

“The vacancy rate did increase, however when you break down the reason, it’s more of a supply story,” Anthony Passarelli, a senior analyst with the CMHC, told CBC News Friday.

“The vacancy rate didn’t increase because there was more people renting, it was actually because London had a pretty strong increase in rental units last year.”

Passarelli said 746 new apartment units came online between the fall of 2019 and the fall of 2020, pushing the overall vacancy rate to height unseen since 2012.

“It really wasn’t the function of demand being lower for renting. It was more of a strong increase in supply. Generally it’s not that strong an increase, it just happens to be this year.”

The data suggests the surge in supply has not forced landlords to offer anything in terms of concessions on rent. All bedroom types saw gains, with bachelor apartments leading the way with an 8.5 per cent increase over last fall to an average monthly rate of $774.

It means cheaper apartments are in short supply, according to CMHC data. Last year’s survey suggests only 2.3 per cent of the region’s rentals were considered affordable, which is 30 per cent of average household income.

While vacancies in the London region may have risen overall, Abe Oudshoorn, a homelessness advocate and the managing editor of the International Journal on Homelessness, said it only reflects the upper tiers of the rental market.

On the lower end, the demand to get out of homelessness and into housing continues to put pressure on the supply of cheaper rentals.

He said it means landlords aren’t looking to give concessions on rent, even with the pandemic still raging, because once it’s over they know it will be back to business as usual and they can almost name their price.

“If you’re a landlord you know this is time-limited,” Oudshoorn said. “There’s not a huge motivation to sign yourself into a renter at a lower rate if you know it’s going to pick up.”

It’s why the homelessness situation in the city seems worse than ever before, he said, even with the public sector providing temporary housing through the course of the pandemic.

“We have a temporary mitigation right now, it’s the WISH project and it’s the motel hotels.”

WISH, or the COVID-Winter Interim Solution to Homelessness, is a coalition to try new solutions for survival and sheltering during London’s coldest months. This winter, the City of London is funding two temporary shelters for up to sixty people.

“It has de-intensified shelters and allowed them to make their COVID changes and decreased the number of folks who are urban camping at the moment.”

Oudshoorn said governments need to invest in more housing that’s geared to income, which would alleviate the stress on the apartment rental market caused by competition between people with low to moderate income looking for cheaper accommodations.

“It’s not like we’re even investing to build at the bottom end, we’re just investing to stop the inflation of rent,” he said, noting most attempts at subsidizing rent are aimed at affordable housing rather than geared-to-income.

Come spring, temporary housing for the city’s homeless will end. If the federal government makes good on its promise to give each Canadian a jab of COVID-19 vaccine by September, Oudshoorn said competition for an affordable apartment will become even more intense.

“It is bleak,” he said. “Londoners are often being priced out of both the purchase and the rental market by folks across the province.”

Passarelli said he agrees with Oudshoorn’s interpretation of the rental market, adding the same trend is being reflected in most cities across the province.

“I definitely agree. The data bears that out and this is not just in London. This is in most markets in Ontario. It’s harder to find a lower rent apartment, there’s more demand there.”