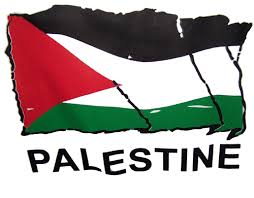 It looks very pleasant that the peace god smiles to the besieged Palestinians with increasing good will emanating from Israel. That is indeed a positive sign of justice, albeit very late, for the long oppressed people of Palestine.

In a surprise move, the Israel’s right-wing foreign minister and a pro-settler leader who opposes an independent Palestine tooth and nail thus far, Avigdor Lieberman defended US Secretary of State John Kerry whose Middle East peace drive has seen mounting criticism from within the Israeli government. “I want to make clear – Kerry is a true friend of Israel,” Lieberman told business leaders in Tel Aviv. “What is the point of turning friend into foe?”

Israeli ultra-nationalists and their representatives in Prime Minister Benjamin Netanyahu’s coalition government have come out against the prospect – however remote – of removing Jewish settlers, citing historical claims on biblical lands sought by the Palestinians for an independent state.

The conciliatory remarks by Foreign Minister Avigdor Lieberman, who has previously been a vocal critic of international efforts to set up a Palestinian state on Israeli-occupied territory, is indeed the most unexpected moment of Mideast politics, and could help Kerry cobble together consensus for pursuing the peace negotiations.

Lieberman has now taken a more circumspect tack since resuming the role of foreign minister after he was cleared of graft charges last year. He praised Kerry for handling the negotiations “in the proper manner”.

Lieberman’s outfit “Israel is Our Home” party formed a joint list with Netanyahu’s Likud ahead of the last election. Their coalition government includes the ultranationalist Jewish Home party, which opposes Palestinian statehood and has chafed at Israel’s cooperation with Kerry. Lieberman said fellow rightists were “competing to show off rhetorical ability – who can be more crass, more vociferous” against Kerry, adding: “This fulmination does not help. We should relax a little.”

Kerry has been criticized from within the Israeli government in recent weeks. Israeli media quoted Defence Minister Moshe Yaalon as ridiculing Kerry as “messianic” over U.S. proposals that could increase Palestinian security controls in the West Bank were Israel to withdraw.

Dan Shapiro, the U.S. ambassador in Israel, predicted the parties would agree on a peacemaking “framework” by April. “There is a discussion of the caveats that the two sides might have regarding this framework, that is possible too, but the objective is that this will be a framework affirming that the negotiations will continue,” he told Israel’s Army Radio.

Israeli censure of Kerry was “absurd and hurtful”, he said. “This negotiation, this process, is not about Secretary of State John Kerry. It is a process about the future of the people of Israel and the Palestinian people and their chances of achieving peace, security and prosperity,” Shapiro said.

After Kerry warned last week that Israel’s international isolation could deepen along with the diplomatic deadlock, another senior Israeli minister said the Netanyahu government would not negotiate “with a gun to its head”.

Kerry launched the latest Israeli-Palestinian peace push last July and has visited the region more than 10 times in the past year. He hopes to complete a “framework” accord by an April deadline and will then try to negotiate a final peace deal by the end of 2014, a U.S. official has said. However, both sides are standing firm on their demands in decades-old disputes.

With the support of the settler party of Lieberman “Israel is Our Home” party that has been a major critic and embarrassment for the Netanyahu regime in formulating a peace deal with Palestine, Obama-Kerry would find it fairly easy to proceed further in the task of making Mideast conflict free and peaceful.

There is now no need to suspect the real intentions of Israeli leaders, except for promoting peace and friendship in the region.

Positive speculation is good for the humanity, it is said.