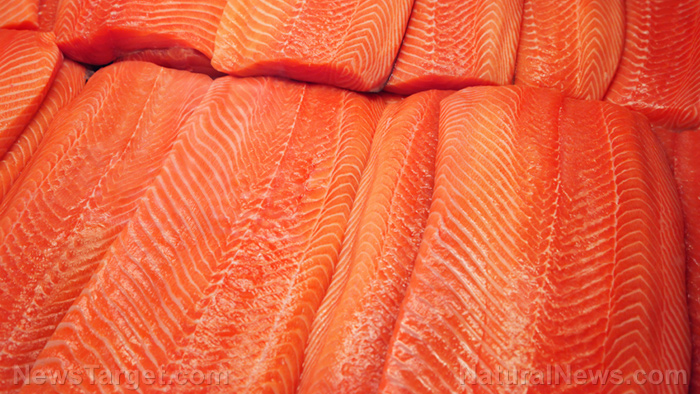 (Natural News) As cancer continues to grow in prevalence, people are increasingly looking for ways to prevent the disease and scientists are researching new treatment methods. While pharmaceutical companies continue to pour billions of dollars into developing synthetic drugs that won’t necessarily cure people but will certainly grow their bottom line, other scientists are taking a closer look at the benefits to be gleaned from the compounds provided to us by nature.

We’ve heard a lot about the healing power of foods like ginger and turmeric, but there is another natural compound that is starting to gain traction when it comes to addressing cancer. Astaxanthin, a fat-soluble carotenoid, has been shown to target cancer cells and destroy or disrupt them in every stage of development without damaging normal cells.

You might not have heard of astaxanthin before, but you’ve almost certainly appreciated it if you’ve ever admired the cheerful pink shade of flamingos or the beautiful pink-orange tone of salmon. These animals get astaxanthin by feasting on the algae that produces it or other animal that eat this algae, such as shrimp.

Astaxanthin has already been found to fight inflammation, which is at the root of cancer and other chronic diseases like diabetes. In animal studies, astaxanthin reduced the inflammation seen in mucosal ulcers, effectively preventing adenocarcinoma. Meanwhile, studies in human lymphoma cells found that it could interfere with pro-inflammatory cytokines like tumor necrosis factor-alpha.

That’s not the only way it helps to fight cancer, however. It has also been shown to protect against the oxidative stress caused by free radicals. This should come as no surprise when you consider the fact that scientists estimate its antioxidant power to be 6,000 times greater than that of vitamin C and 150 times higher than the anthocyanin pigments that give blueberries their health benefits.

Astaxanthin has yet another trick up his sleeve when it comes to cancer, promoting the death of cancer cells in liver and oral cancers in studies. It’s a useful finding for liver cancer, which has a high recurrence rate and can be quite difficult to treat. It also helps to improve the ability of healthy cells to communicate, which is something that can stop the development of cancer.

Once you do have cancer, astaxanthin can stop it from progressing and metastasizing into tissues, organs and bones. In addition, it can stunt tumors’ ability to form the new blood vessels needed to sustain them. Studies of lung cancer cells have also indicated that it can help boost the efficacy of conventional cancer drugs like pemetrexed.

In a noteworthy study that was published in the Journal of Marine Drugs, scientists gave mice with prostate cancer either a high or low dose of astaxanthin or a placebo. After 31 days had passed, the scientists discovered that the weight and volume of the tumors in those who were given the high doses dropped by a remarkable 40 percent. Meanwhile, those who received no astaxanthin did not see any tumor shrinkage. The low-dose group did not see any benefits either, which illustrates how important it is that people get sufficient dosages of the pigment.

Do you need more astaxanthin?

After learning about the many benefits astaxanthin provides in fighting cancer, the next question many people have is how they can raise their levels of it. The best way to do this is by consuming food like wild-caught salmon, coho salmon, and red trout. Some other good sources are shrimp, crabs, crayfish, salmon roe, and lobster.

If you’re not a seafood fan or you try to limit your consumption, you can also turn to supplements. However, there’s a high chance of heavy metal contamination given the source of astaxanthin, so this is one case where it is crucial that you get it from a trusted supplier that is lab-verified to be free of contamination.

Cancer is a frightening disease to face, but findings like these are making researchers hopeful that better prevention and treatment methods may be just around the corner.

7 reasons to go bananas for bananas

The Real Truth About Coronavirus Revealed by Smart Doctors 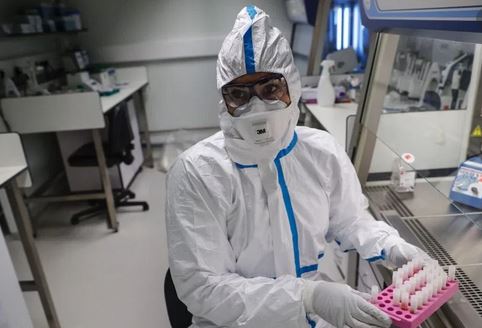 The real truth has been revealed about Coronavirus/COVID-19 by the smartest doctors out there as well as a few other very qualified professionals. I’m taking a temporary hiatus on my video posting because these brave doctors and other top researchers (that have more credentials than me 😉 have been sharing great information lately.

Sure, I’ve said some of the same things but I’m not an MD so when an alternative MD risks his reputation to expose the truth it’s worth paying attention to so check out these videos.

Here’s what Sharyl Attkisson told me about the 2009 “pandemic” 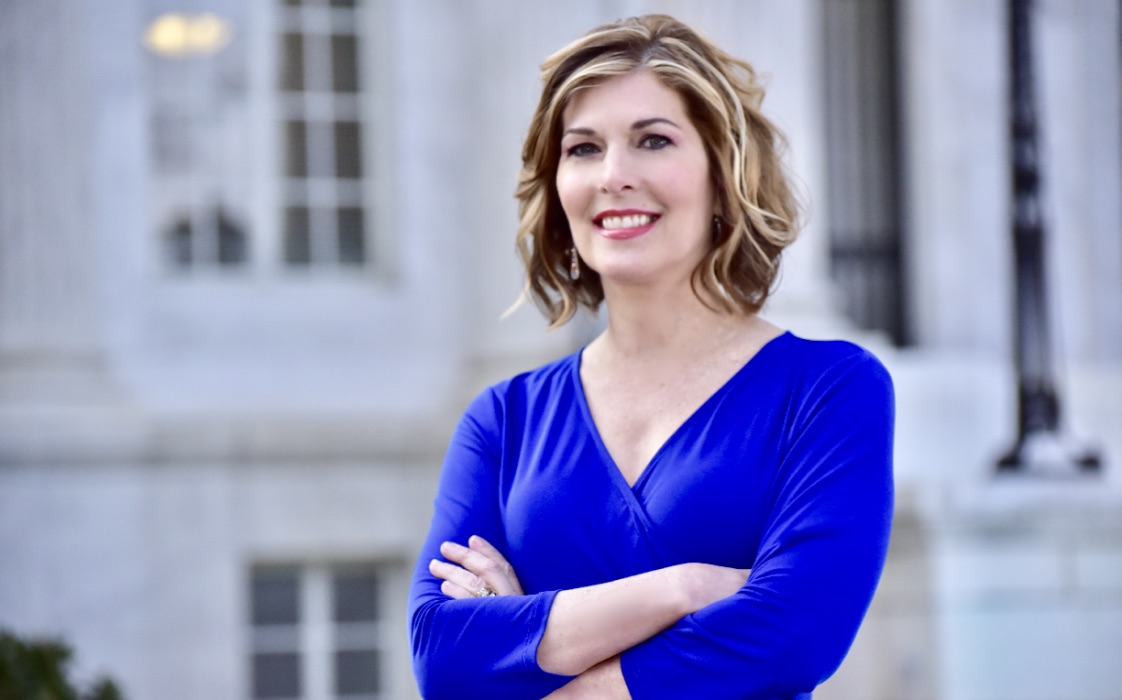 The CDC would never launch a fake epidemic; certainly not…

And meet our old friend, Dr. Anthony Fauci, in another context…

So I take you back to the summer of 2009, when the CDC and the World Health Organization were hyping the “deadly H1N1 Swine Flu pandemic.”

They were, of course, also urging people to take the new Swine Flu vaccine. On that subject, here is an excerpt from Robert Kennedy Jr.’s Children’s Health Defense (3/27/20):

“For example, [Dr. Anthony] Fauci once shilled for the fast-tracked H1N1 influenza (‘swine flu’) vaccine on YouTube, reassuring viewers in 2009 that serious adverse events were ‘very, very, very rare.’ Shortly thereafter, the vaccine went on to wreak havoc in multiple countries, increasing miscarriage risks in pregnant women in the U.S., provoking a spike in adolescent narcolepsy in Scandinavia and causing febrile convulsions in one in every 110 vaccinated children in Australia—prompting the latter to suspend its influenza vaccination program in under-fives.”

Thank you. Dr. Fauci. Explain to us why you haven’t been downgraded to pumping gas in Death Valley or sent to prison?

Back to the Swine Flu pandemic. In the summer of 2009, the CDC was claiming there were thousands of cases in the US. But behind these statistics lay an unnerving secret. A crime, considering the CDC’s mandate to report the truth to the American people:

Secretly, the CDC had stopped counting cases of Swine Flu.

CBS investigative reporter, Sharyl Attkisson, discovered the CDC secret; and she found out why.

The routine testing of tissue samples from the most likely Swine Flu patients was coming back, in the overwhelming percentage of cases, with: NO SIGN OF SWINE FLU OR ANY OTHER KIND OF FLU.

Attkisson wrote an article about this scandal, and it was published on the CBS News website. However, the next, bigger step—putting out the story on CBS television news—was waylaid. No deal. And CBS shut down any future investigation on the subject. Attkisson’s article died on the vine. No other major news outlet in the world picked up her article and ran with it deeper into the rabbit hole.

Here is what Attkisson told me when I interviewed her:

Rappoport: In 2009, you spearheaded coverage of the so-called Swine Flu pandemic. You discovered that, in the summer of 2009, the Centers for Disease Control, ignoring their federal mandate, [secretly] stopped counting Swine Flu cases in America. Yet they continued to stir up fear about the “pandemic,” without having any real measure of its impact. Wasn’t that another investigation of yours that was shut down? Wasn’t there more to find out?

7 reasons to go bananas for bananas 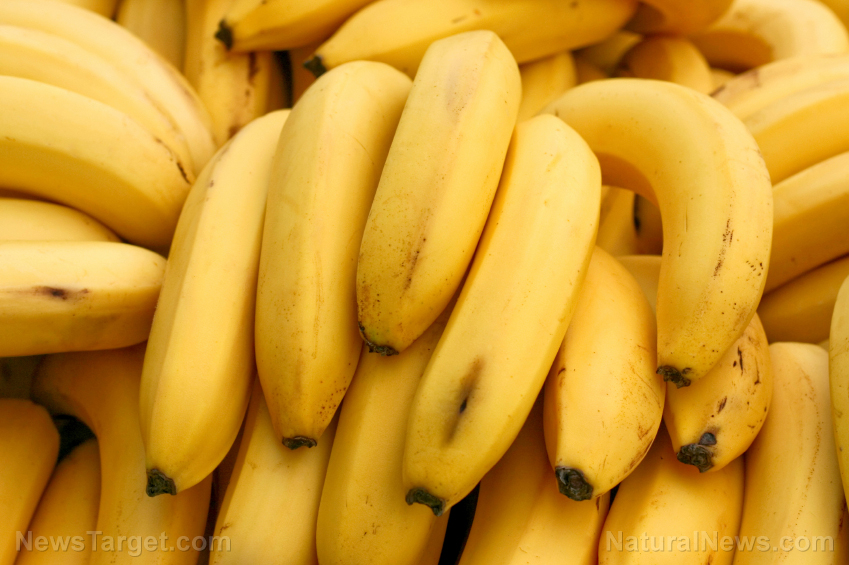 (Natural News) Bananas, for the most part, come with a bevy of health benefits, making it a total package all on its own. It’s also one of the most consumed fruits in the U.S., with the average American eating more than 11 pounds of bananas each year (over just 10 pounds of apples, the second most-consumed fruit). Interestingly enough, bananas don’t come from trees — the plant the fruit comes from is technically a herb as the stem does not contain true woody tissue.

Still, no matter where it comes from, bananas offer a range of health benefits, including treatments for digestion, depression, and more. Eating two bananas a day can relieve bloating and increase the number of good bacteria in the gut. People who have mood problems would benefit from eating bananas, thanks to vitamin B6 and tryptophan which help in regulating and boosting mood. The fruit is also great for people with chronic conditions like cardiovascular diseases and diabetes, as it is packed with essential nutrients to improve their condition and help regulate their cholesterol levels.

Bananas have got you covered

People have been eating bananas for a long time, with written records saying that the fruit has been part of our diet for thousands of years. The plant is believed to be native to Southeast Asia, where many varieties of wild bananas still grow today. While the international trade of bananas started by the end of the 14th century, developments in transport — in particular, refrigerated maritime transport — helped make bananas into the most traded fruit in the world. Currently, bananas are grown in 150 countries, with 105 million tonnes produced annually. There are different varieties of bananas; however, the most commonly consumed is the Cavendish variety. (Related: Banana nutrition facts – nine things you probably never knew about this nutritious tropical food.)

In terms of calories, a medium-sized banana only has 95 calories, and it can provide a natural, sustained energy boost without the fat, cholesterol, and sodium of other common snacks. Here are more reasons to add bananas to your diet, if you haven’t already.

Bonus: Start your day with this healthy banana bread recipe

The difference with this banana bread recipe over others is that it uses ingredients like whole wheat flour and naturally sweetened honey, rather than using refined flour and sugar which can send a person’s blood sugar through the roof. (h/t to CookieandKate.com.)