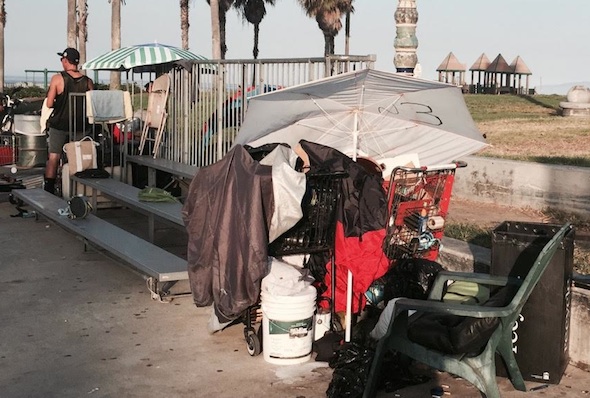 With the winter holidays behind us and a New Year ahead of us we now have a chance to ask ourselves how we want 2016 to be defined.

It’s a time when we celebrated the arrival of thousands of refugees from war-torn Syria. How is it that Canada has a national refugee policy and no national strategy for dealing with poverty and homelessness?

Although there was no discussion about poverty in the Liberal platform for the federal election, Prime Minister Justin Trudeau in his mandate letter to Jean-Yves Duclos (http://bit.ly/1O7l9kn), the Minister for Families, Children and Social Development asked Duclos to, “Lead the development of a Canadian Poverty Reduction Strategy that would set targets to reduce poverty and measure and publicly report on our progress, in collaboration with the Minister of Employment, Workforce Development and Labour. Our strategy will align with and support existing provincial and municipal poverty reduction strategies.”

A federal policy for poverty would help address the growing divide between those who have and those who don’t in our society.
We need to rethink how we understand poverty and homelessness in our society. As Franklin D. Roosevelt argued, “The test of our progress is not whether we add more to the abundance of those have much; it is whether we provide enough for those who have too little.”

Presently resources and policies to address homelessness fall predominately on municipal governments. This means that cities are responsible not only for the costs of short-term housing but also any other homeless strategies including emergency shelters. The politicians at city hall are debating the budget for 2016 and already have jettisoned funds for some of the emergency shelters that were funded in 2015 after three people died on the streets in Toronto. Coun. Joe Cressy reports that last year brought the number of homeless deaths in Toronto since 1985 to 792 people. Deaths like these, that can be prevented are a sad comment on us as a society.

According to a 2013 survey conducted by the group Homeless Hub there are some 5,200 homeless people in the GTA. While the majority of those surveyed have access to some form of shelter, 450 people live permanently on the streets of Toronto. In a city where condominiums are being built on almost every corner we need to provide housing and access to housing for all our residents. As a society this should be one of our primary goals.
The researchers at Homeless Hub argue that one of the problems is how we look at homelessness.

They say we manage homelessness rather than eliminating it. Looking at plans developed by other communities and governments Homeless Hub advocates a Housing First policy that prioritizes finding stable long-term housing for those in need before addressing the issues that led to the loss of their homes.

At present an ad hoc system of emergency shelters and transitional housing is administered by different groups and agencies results in a tiered bureaucratic system that is difficult to navigate for anyone, let alone those who have been forced onto the streets. The homeless trying to access housing in this system are also required to meet certain criteria that can place strain on their already difficult circumstances.

This can include substance abuse counselling or other behavioural therapies in order to secure housing.
The ideas behind this system are moralistic, dating back to the 19th-century idea of the deserving and the undeserving poor.

The Housing First policy turns this model on its head, arranging first for housing and then for any other supportive services needed once individuals have secured safe homes.

Communities that have adopted the Housing First policy note a reduction in the number of homeless and the cost of administering to those in need. It is a win, win for all involved.
The homeless gain stable homes, the community gains individuals who can contribute again to society and the bean counters in local government see a reduction in overall costs.