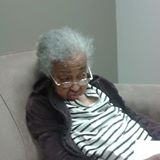 An ill-treated elderly woman’s cry for help goes igorned by a social service agency in Canada’s capital. Neglected by her husband, she was also barred from meeting her own son by this same husband. Although responsible social workers were informed surprisingly no proper action was taken towards the matter.

The woman, Ms. Dezrin Carby-Samuels living in Ottawa had been continuously neglected by her husband and had eventually become helpless and disabled. After learning about the incident through neighbours, the Nepean, Rideau & Osgoode Community Resource Centre was approached by the woman’s son seeking help after the police “declared” no abuse had happened. Even though the woman had written a note addressing her son about the abuse she was facing, the social workers had overlooked the message for help in the note.

Horace, the man said to have abused her, and her husband also has a history of violence with clear evidence of an incident where he had attacked and wounded his son with a knife. This history of domestic violence was ignored by the social workers while also ignoring the transformation of a well groomed elderly woman to being frail and disabled.

Ripped off of her human rights

As seen on the video, the social worker appointed for the situation, Ms. Timmons confirms that for the meeting at the community centre that was arranged the presence of a lawyer for Mrs. Dezrin was not allowed by the Community Resource center. Even though this was the, case Ms. Timmons would later sign an affidavit that she was not the person who refused to allow the presence of a lawyer but the decision was taken by Ms. Dezrin.

Dezrin has not been given proper medical care under her husband’s auspicesr and her son remains concerned about the whole situation. Although the woman has requested to see her son once every week, the community centre has ignored Dezrin’s request to see her own son. After the meeting that was arranged in the community centre, this centre had informed that it would not facilitate any more meetings between the son and the mother.

Is our future secure?

This shocking situation leaves all of us speechless and wondering what would happen to elderly women in the society if even the police and the social workers do not work towards their betterment. A mother and a son being separated from each other and not letting the son meet her mother who is being ill-treated, is cruel and heartless. This leaves all of us questioning the law and humanity prevailing in this society. SIGN PETITION Here

Sanders, American Socialism and the Legacy of the Occupy Movement